The pros and cons of 360 Feedback Software

Is 360 Feedback Software what you need?

The pros of 360 Feedback Software

A highly valuable development tool for nurturing self-awareness is 360 Feedback Software. Generally, when we start out in the workplace we see things from our own perspective. Consequently, we have little understanding of how our actions are viewed by others. Constructive behavioural feedback (especially where there are consistent themes across respondents) installs self-awareness. This can encourage staff to choose to adjust their behaviour and perceptions should they wish. A powerful and positive experience can occur when 360 Feedback Software is effectively used. To be successful, this software tool should be managed by an experienced facilitator in a safe, developmental context.

Used as part of the training

Another great use of 360 Feedback Software is as part of management or leadership training or as part of an executive coaching programme (which we offer as part of Actus Learning). This is because during the training any developmental insight can be captured for individuals to work on. Repeating the process 18 months-two years later can then demonstrate clear progression (hopefully). In fact, using a 360 tool at the start and end of a development programme can help demonstrate the potential ROI for training and development.

360 Feedback Software can further highlight differences in perception between different groups of people. For example it may provide an individual with evidence of unfair management perceptions of them as an individual.

The cons of 360 Feedback Software 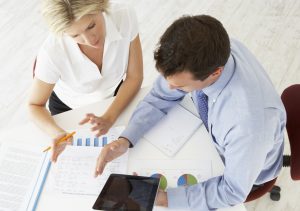 The challenge of misinterpreting feedback exists where 360 feedback is communicated in writing. Unlike verbal feedback, you cannot ask for clarification or further examples to better understand it. The best 360 Tools require respondents to provide some commentary to expand on their ratings as this tends to give context for the respondent. However, the quality of this from others can vary according to the levels of trust within a culture. As such, having a neutral coach to support the interpretation of a report is essential.

Just because you are gathering feedback from many, does not automatically mean that the results are without bias. Line managers with the skills and capability to manage performance directly using a performance management system may be more accurate than 360 or peer feedback that link to reards.

Consider the maturity of your organisation/business. Do people trust that any feedback that they give about someone will be treated anonymously? If you are rolling out a programme of 360 feedback within an organisation it is worth ensuring that potential respondents understand the following as it can make a big difference:

Summarising the pros and cons

In this blog we have covered some of the pros and cons of using 360 Feedback Software. The key point to take away is that this process is a great option if your organisation is committed and skilled to make the most of it. You do however need to ensure that your culture is ready for it as it is not a panacea or a quick fix. Why not take a look at our White Paper: The Pros and Cons of 360 Appraisal.

If you are considering 360 Feedback Software, you can read more about the solution that Actus can offer, watch the video ‘What is Actus 360’ or get in touch below.

Read our free e-book on feedback