Why psychological safety is so important in the hybrid world

What is psychological safety and why is it so important in the hybrid world?

What is Psychological Safety?

Psychological safety is a term often associated with the researcher and author Dr Amy Edmondson, who coined the phrase ‘team psychological safety’ in a 1999 journal article who and defined it as “a shared belief held by members of a team that the team is safe for interpersonal risk-taking.” However the notion of psychological safety has actually been around since at least 1990 when psychologist William Kahn introduced the term and defined it as being able to show and employ one’s self without fear of negative consequences of self image, status or career. So it’s really about a sense of belonging, acceptance and an absence of fear, allowing us to do our best work and bring our best selves to work.

I particularly like the work by Timothy R. Clark, in his book The 4 Stages of Psychological Safety: Defining the Path to Inclusion and Innovation where he outlines four stages of psychological safety and the questions aligned with them: 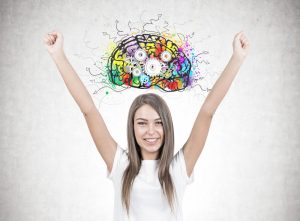 1. Inclusion Safety: Do I belong?

2. Learner Safety: Am I growing?

3. Contributor Safety: Am I making a difference?

4. Challenger Safety: Must I accept the status quo?

Why so relevant in a hybrid world?

If we start by focusing on the first stage – inclusion safety and Do I belong here? The reality is that anyone starting a new job with lockdown and remote working may have found it really difficult to get that sense of team belonging with limited human contact. Even if they started to feel a sense of belonging, being able to learn and grow as a new starter in a remote or hybrid environment has been more difficult.

It feels much harder to reach out and ask a basic question electronically or by calling someone up than it would when you were sitting next to somebody. The reality is that hybrid working has put physical distance between people. We all need to work harder to build up and maintain that sense of belonging. In an environment where it’s difficult to recruit and retain, focus on increasing that sense of belonging.

Then as we go up the psychological stages, remote working has meant that informal opportunities to contribute have reduced, video meetings serve a purpose but there is less opportunity for ad hoc and informal conversations where relationships are built, information is shared and problems are solved. It is easy to then feel disconnected and lack any motivation to challenge the status quo. Without challenge, we miss out on new ideas and problems can exacerbate.

Psychological safety is also linked to our sense of control or certainty and in a backdrop of pandemic and war, there is a heightened state of anxiety across society as a whole. As leaders and employers, establishing a psychologically safe environment can be seen as a key wellbeing strategy.

How can we better support psychological safety?

This is very much about culture and leadership behaviours – think humility and servant leadership. It is about empathy and taking a genuine interest in others. It’s also about seeking out differences of opinion and recognising contribution. Lastly, you can read more practical ideas about how you can increase psychological safety in my follow up blog 10 tips for increasing psychological safety.

Actus 360 NOW can support the development of a psychologically safe culture by increasing the self-awareness of your leaders. Find out more here.